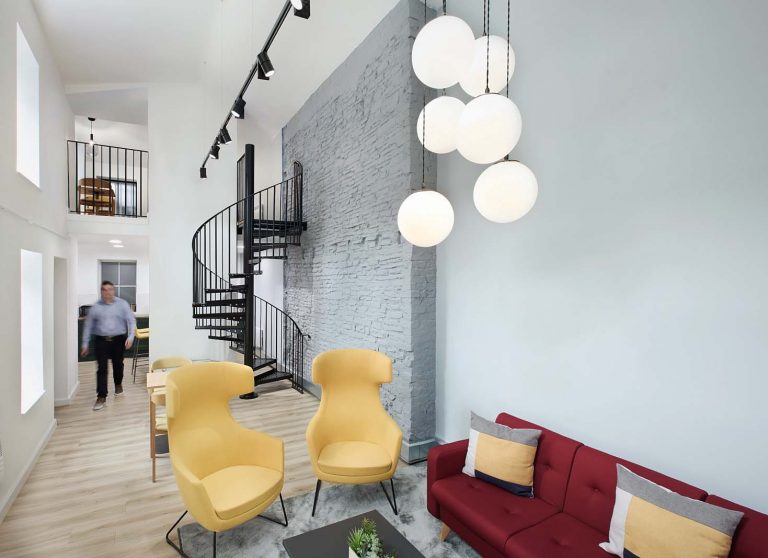 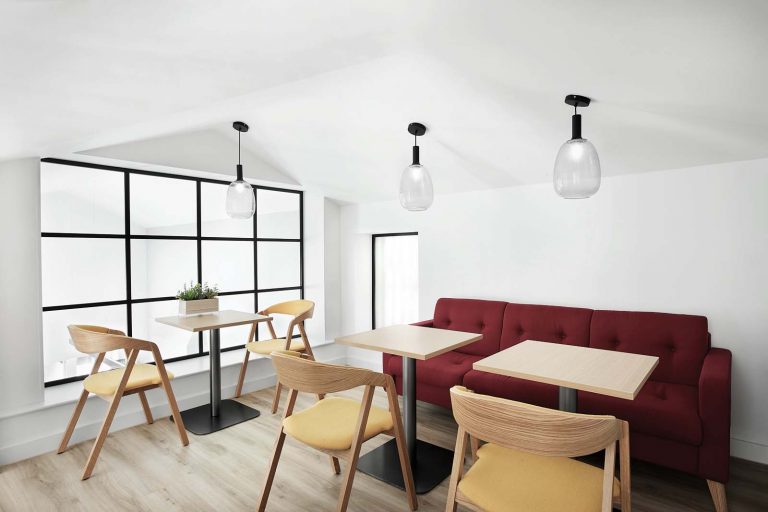 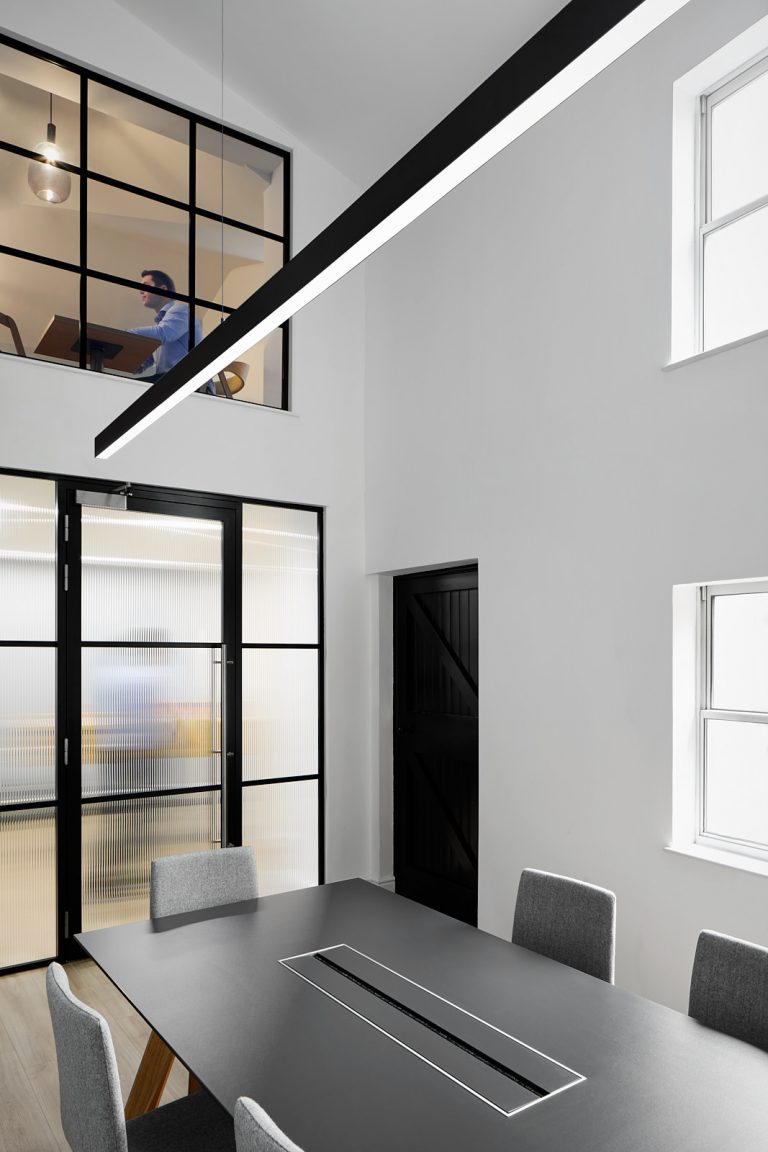 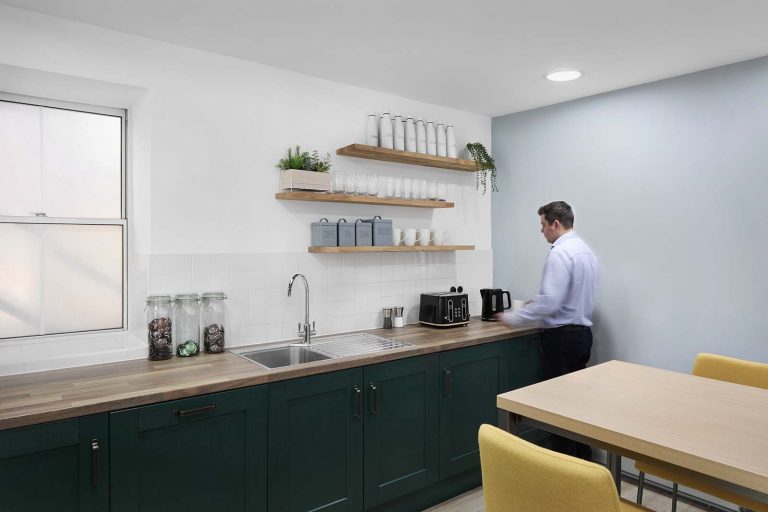 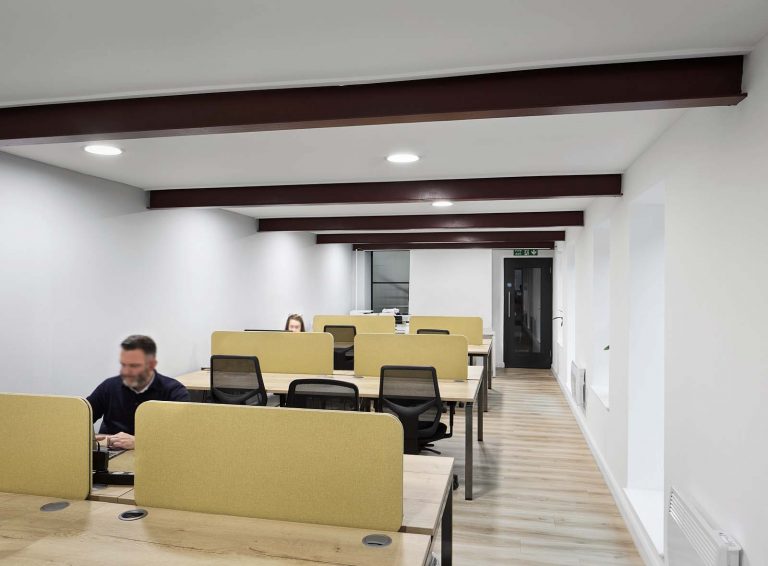 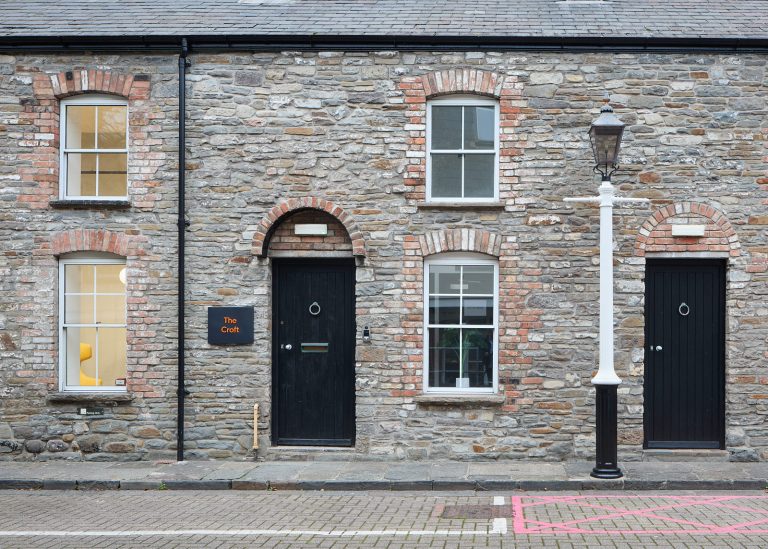 We were tasked by landlord Aegon Asset Management to extensively refurbish a row of 19th century dockers’ cottages in Cardiff, along with an associated 3-storey building, Womanby House.

The Croft cottages are situated on Womanby Street, one of the oldest and most vibrant streets in the city, but had been poorly converted previously and required complete refurbishment. The brief was to open up the dark and cramped space into a light, flexible space that could attract optimal rent for the area and be occupied quickly. The cottages date from the 1830s, so it was important to retain as much of the historical character as possible, without sacrificing the comforts of a modern office environment.

Working closely with Aegon’s project team, we opened up the loft space by introducing a steel staircase that leads up to a modern mezzanine level, which features skylights that facilitate views of the city. The addition of rustic oak panelling and brassware throughout the property lends a vintage aesthetic. The industrial vibe was carried across into Womanby House which has been converted into 6 separate suites across 3 floors.

Tea points and break out areas were added throughout to provide all the creature comforts of a modern office. Heating, plumbing and air conditioning all had to be brought up to modern standards, in order to attract optimal rents in this part of the city.

Outside we updated and restored tired exterior work, whilst remaining sensitive to the period detail. The end result is a charming corner of the city with original stonework, beautiful brick archways and vintage street lamps pleasingly juxtaposed with the modern painted exterior of Womanby House.

We were happy to show a very keen prospective tenant around the project and The Croft was let even before the refurbishment was completed – a fantastic result for all concerned, and a project that we’re very proud of.