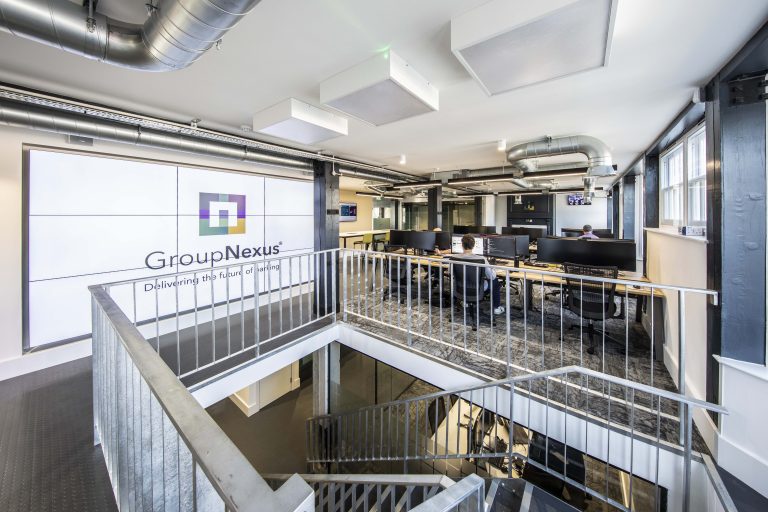 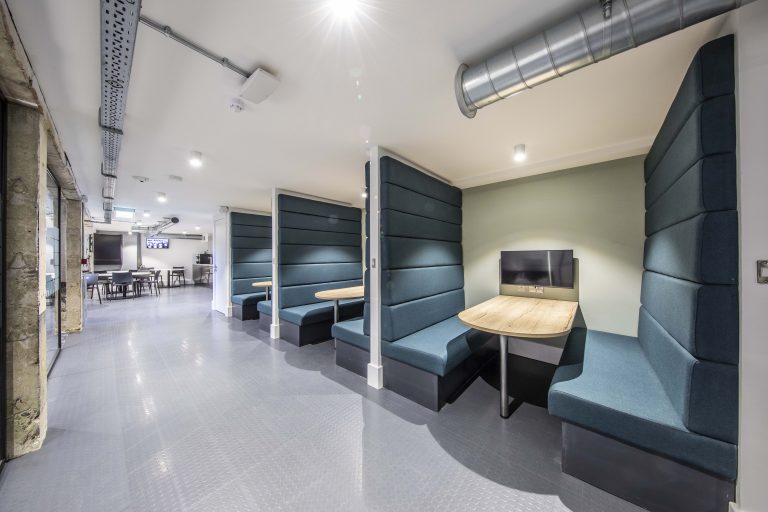 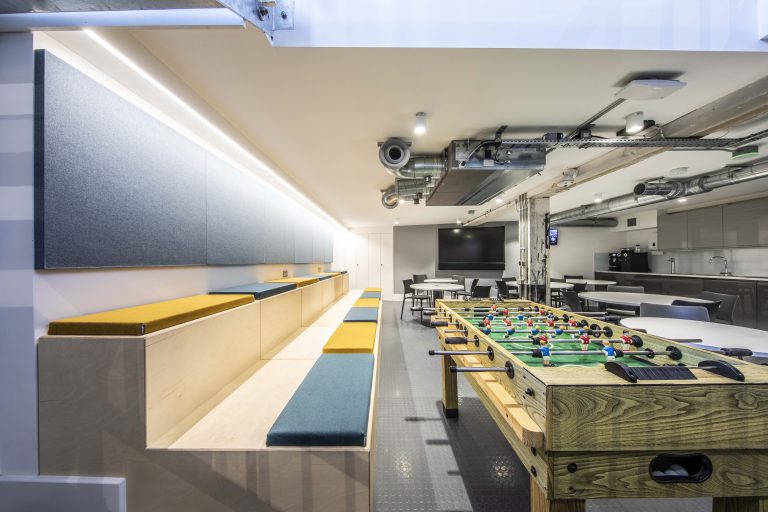 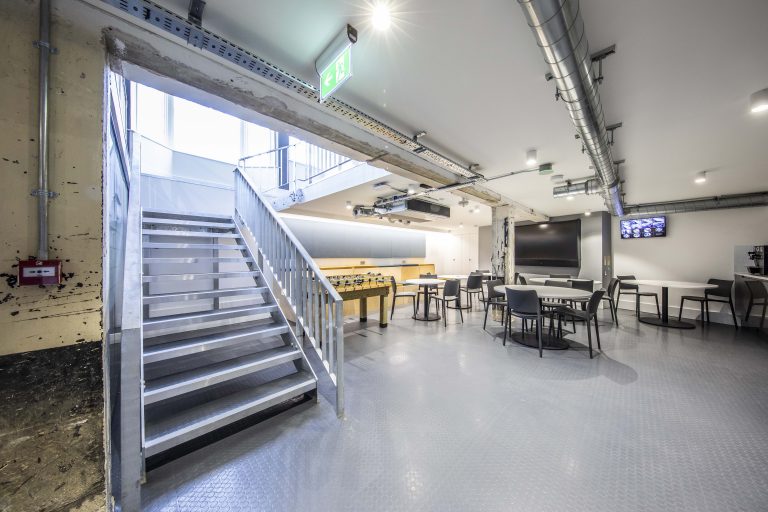 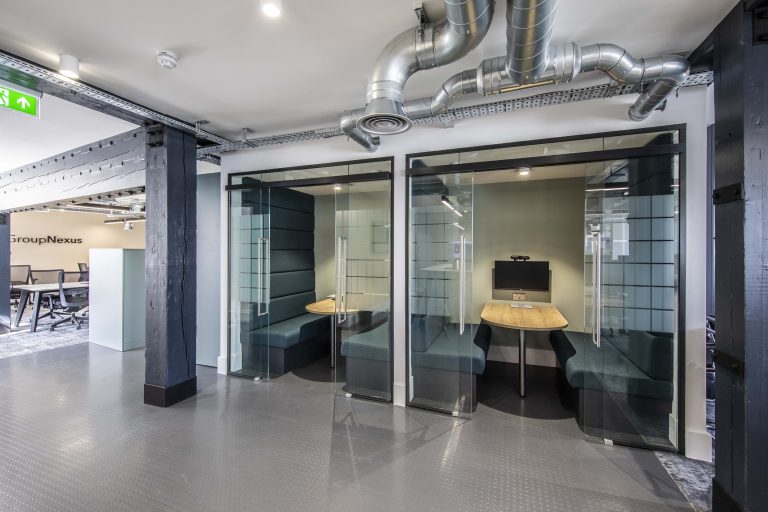 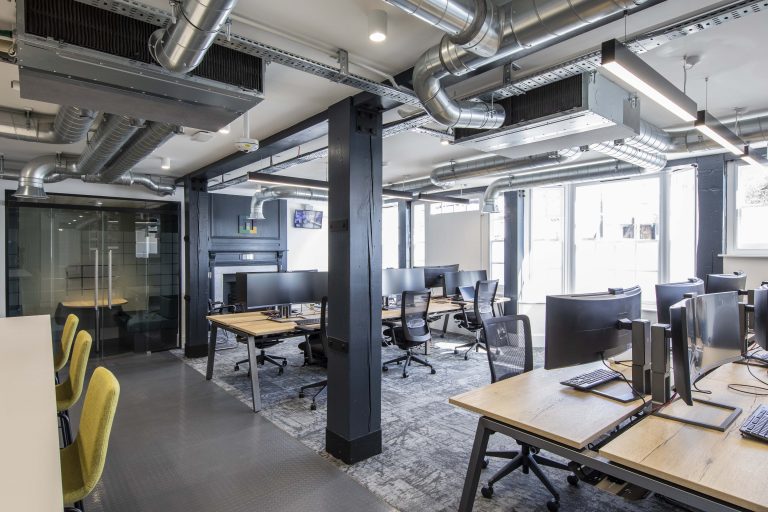 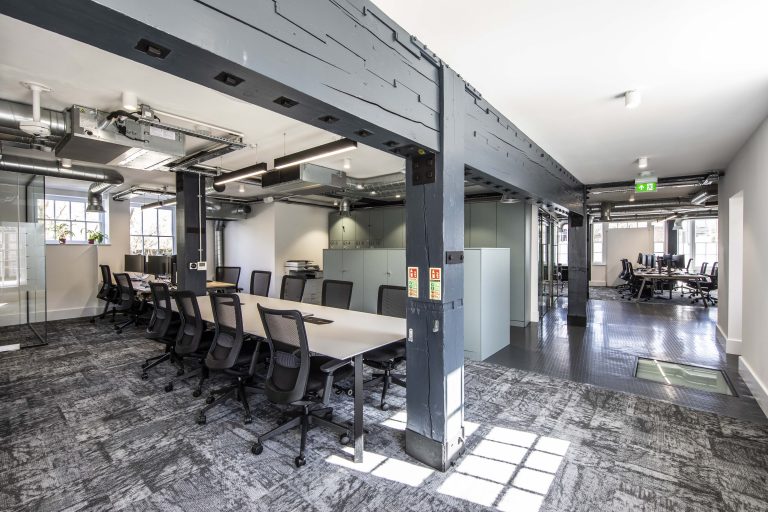 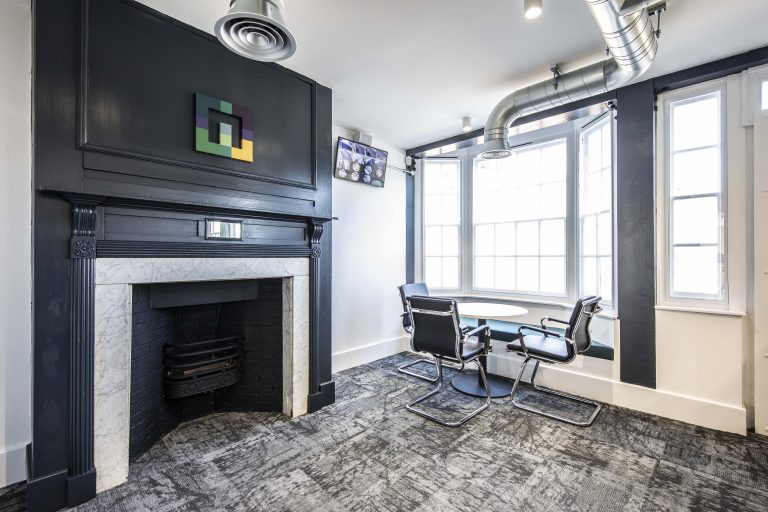 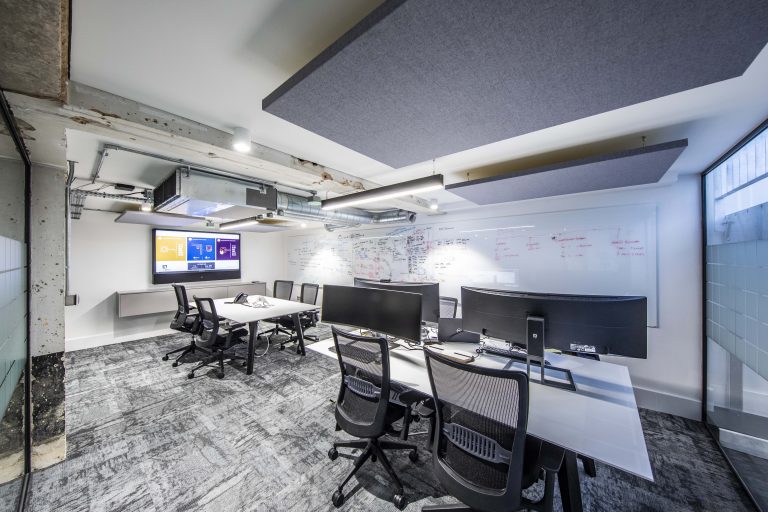 With plans to merge two locations and relocate to the iconic Jack Straw’s Castle in Hampstead Heath, GroupNexus was introduced to Woodhouse with one goal in mind – to refurbish the Grade II listed building into an agile space that supports flexible working, collaboration and cohesion.

Jack Straw’s Castle is a former public house in Hampstead, north-west London and a well-known landmark. Interestingly, it was named after Jack Straw, who led the Peasants’ Revolt in 1381 and who is said to have taken refuge on the site until he was caught and executed. The pub was closed in 2002 and at that time converted into luxury apartments.

Woodhouse took the challenge on board and prepared designs that featured a bold and modern industrial style throughout. Clearly this all had to be done sympathetically to suit the age, style and history of the building, making the most of existing features and obtaining the correct consents as the building is Grade II listed.

To allow natural light and a sense of openness right down into the windowless basement, the team put in a new galvanised staircase, thereby increasing the amount of workable space. The end result is a light and spacious work environment with a mix of space typologies. Glass booths enhance the natural light and increase the sense of openness. Breakout areas with games, tiered seating and tea points provide staff with a welcoming area to mingle and recharge, whilst booth seating affords an ideal informal collaboration space.

GroupNexus now has a showcase headquarters to be proud of, one in which it can welcome prospects and clients, but also one which supports future ways of collaborative working and creates a sense of togetherness within its workforce. It’s great to see this historic building a bustling hub once again.